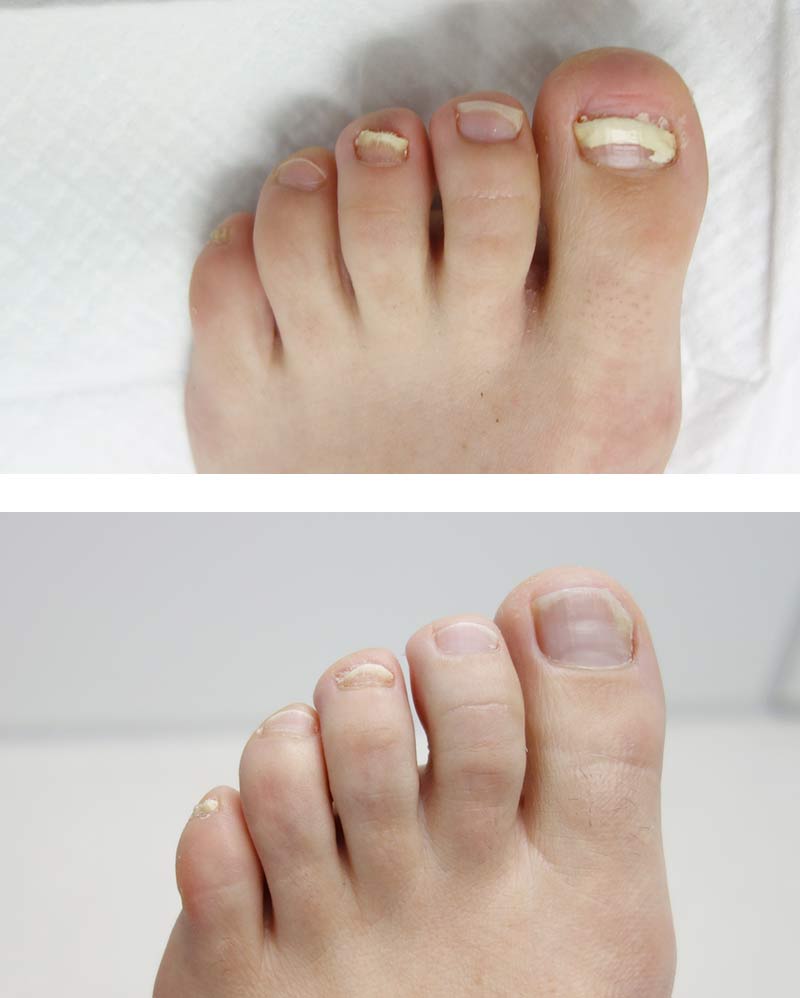 Nail fungus particles must be broken down to allow the immune system to remove them. At Lenzie Clinic we use the Quanta q-switched laser, which is the world leader in effective nail fungus treatment.

The treated particles then evacuate your body through your immune system. In addition, the infra-red light emitted by the laser heats and kills fungus, meaning the laser therapy administers two means of eradicating fungus at the same time.

This is a safe and effective treatment.

The treatment is completely painless.

How much does it cost?

How many treatments would I need?

Nail fungus requires a course of at least three treatments, more if the infection is particularly chronic.

Is there much in the way of aftercare?

You will be provided with after-care instructions following your treatment. Tea tree oil complements this therapy, therefore we recommend you purchase some before commencing treatment.

Ready to book your free consultation?

Zoom consultations available as required.
Get in touch